[UPDATE – I have published a detailed video review of VSCO here]

If you have been around here long enough, you know that I shoot a mixture of digital, film and polaroid. I love each for the qualities and capabilities that they bring to my visual voice. Film brings amazing colors, depth and range. Digital brings versatility, speed, and accuracy. Visually speaking, I have always favored film. When I shoot digitally, I do so in a way that instills some qualities of film in the digital photographs. Do I think you can manipulate digital enough to completely replicate the look of film? Of course not. I would not have three medium format film cameras otherwise.

Now enter the new software package from Visual Supply Company – VSCO Film. Photographers on Twitter were abuzz yesterday as VSCO released their new software, and unleashed a mighty marketing blitz. Frankly, I missed the boat yesterday. I didn’t see anything about the new software until this morning. However, over my morning cup of coffee, I became quickly impressed with what I was reading and seeing. Visual Supply’s approach to is completely new and different.

Not long ago I shot a high school senior session in Cleveland with Elise, and I will be using these images for some comparisons. Below are samples from the session, first processed as I normally do in Lightroom, and then reprocessed in Lightroom using VSCO. I’ll include my initial impressions as we go – 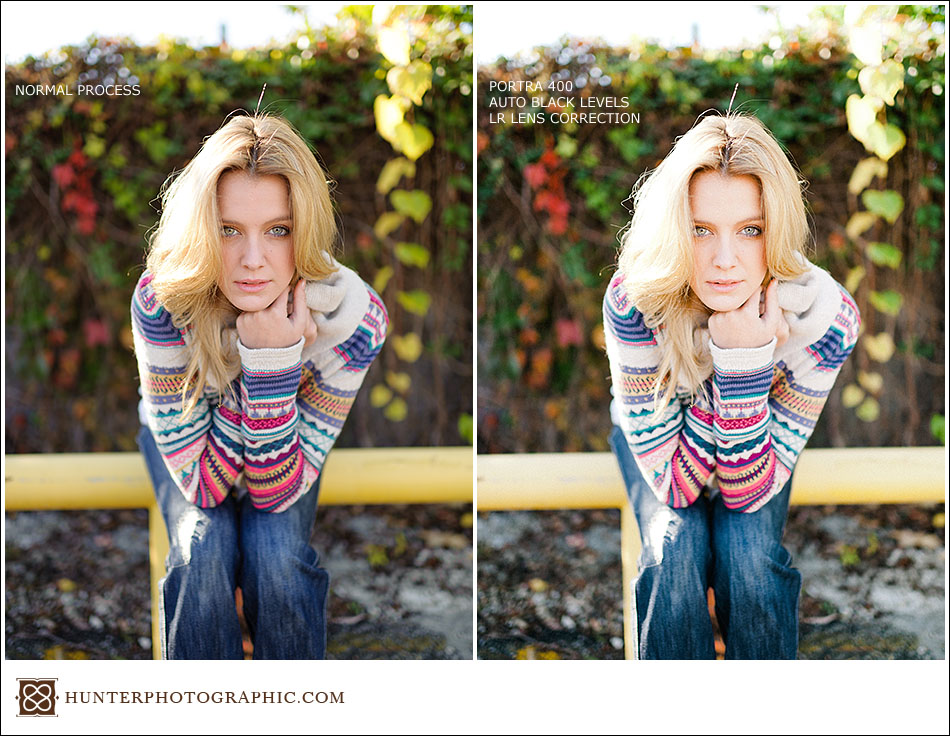 As I noted above, when I shoot digitally I do so in a way that can replicate some facets of film. In the samples above and below, you can see how this can cause problems when re-processed with VSCO Film. The image on the right is a bit too washed out, especially in the skin tones. However, the overall image is closer to the core of my visual voice. There are definitely some aspects here that I love. In short – VSCO will likely require properly exposed images and would not work well on anything over-exposed. 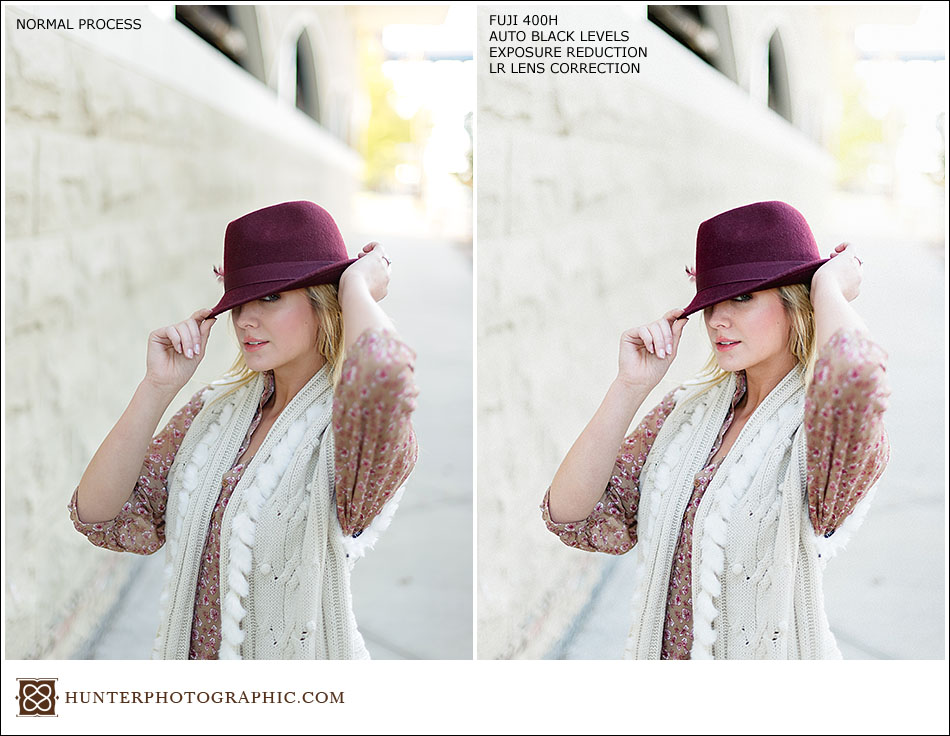 Below is a much more normal exposure. With VSCO Film applied, the results really shine. The skin tones are boosted and some of the colors really come out. It is more contrasty, but I like it. The pink skin color is reduced while the yellows come alive. With VSCO, you can also see a distinct green tone to the concrete. 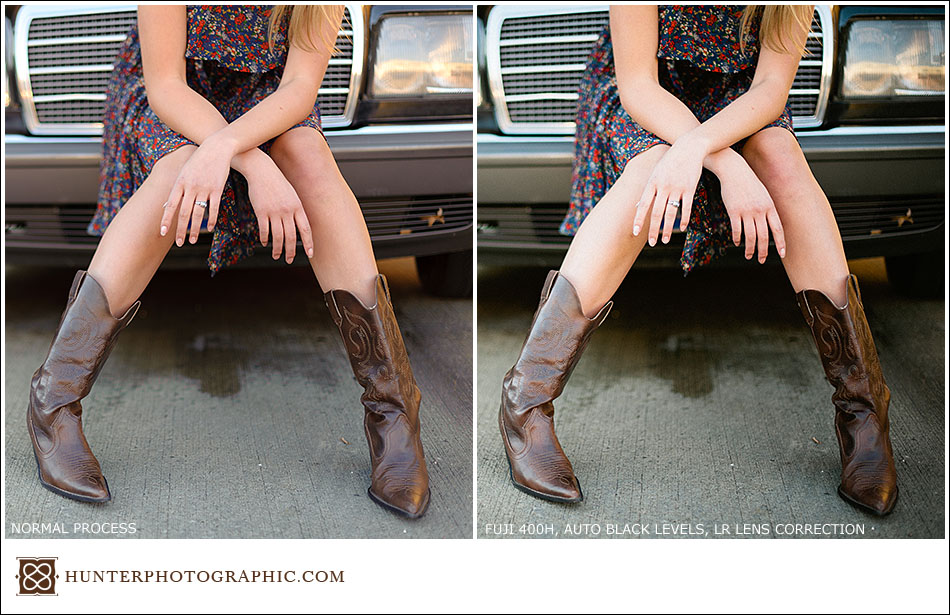 Above is an example of one B&W option – Tri-X 400. It looks good, but it is not as impressive as some of the color “film” options. I did have to pull the exposure back down a bit due to the source image being a little hot. The standard grain on Tri-X 400 is a bit much for me. However, VSCO Film does include a preset to turn grain down, or off. Also, I believe the brown tone is actually from my personal preset and it didn’t get removed, or VSCO uses more brown than I do. 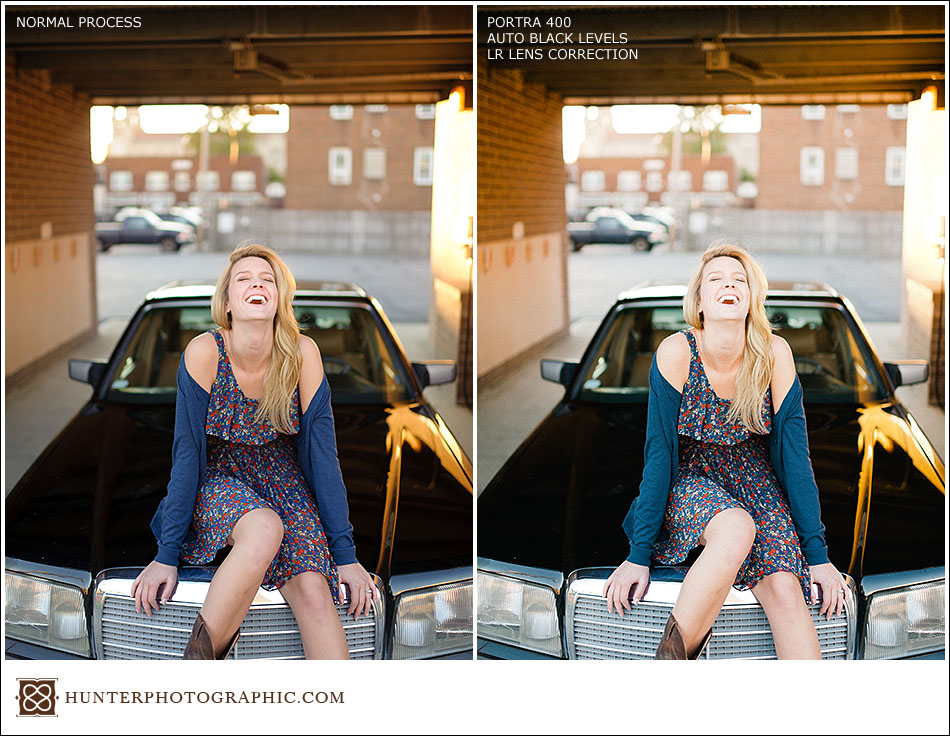 The sample below completely sold me on VSCO Film. I love the the new outcome on the right. The colors are a complete home run for me. Again, this image is much more of a normal exposure, which explains why the highlights are kept under control. 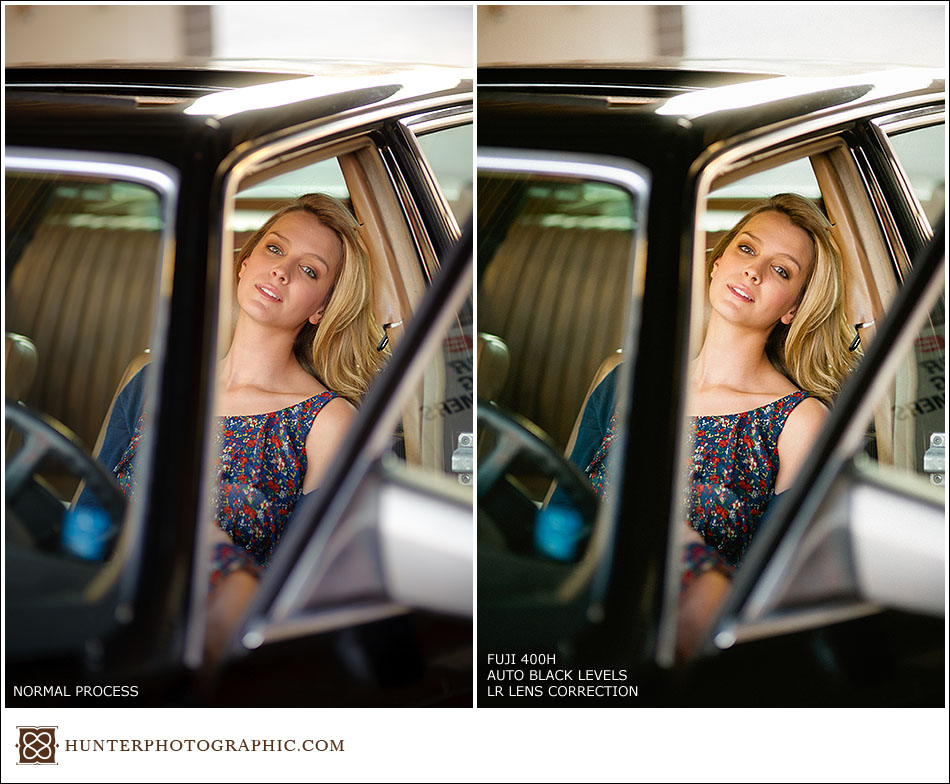 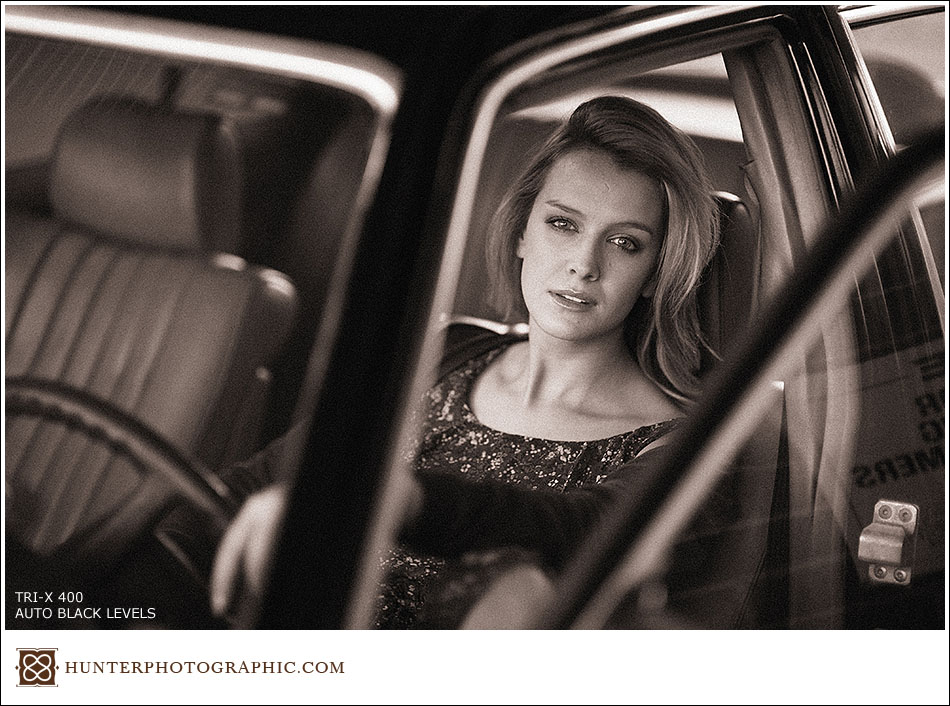 No before and after on the last frame. I simply love how this looks with the VSCO Film Tri-X preset.

I think VSCO Film is able to find success with this preset package because of how they accomplished their goal. Instead of just creating a standard Lightroom preset that changes the normal settings, VSCO created custom camera profiles. VSCO Film does get closer to the “film” look, but of course there are some limitations. If I want the film look, then I will continue to shoot film. However, VSCO allows me to better align my digital photographs with my core visual voice. I have always believed in pure images and have never purchased a preset package before – evar! I choose to present a very clean, natural and organic vision. Even though VSCO Film is a group of presets, it definitely has a home in my workflow. Like my vision, Visual Supply strives towards very natural imagery, and accomplishes it very well.

It is certainly not a one-click solution, no matter what Jonas says, this will not significantly speed up your workflow. For example, VSCO does nothing with white balance. Nor will VSCO turn you into an amazing photographer. You still need a subject. You still need good framing. You must get it right in the camera. VSCO Film can only help you take a great exposure and move it closer to your visual voice.

Your clients will not care if you use digital, VSCO, or film. They care about your vision and their photographs, among many other things. Seek to create your own personal style. If VSCO can help with that, then more power to you.

P.S. – These are just my initial impressions. Over the coming months, I will continue to use VSCO as I feel needed. Stop back often to see if you can spot when I am using straight digital, digital and VSCO film, or just plain old film.