My memory of the beginning is a little fuzzy. I’m pretty certain I recommended a first look to Joanna and David, as I do with all of my clients. I’m also pretty certain they jumped at the suggestion. In fact, I think it was clear from the start that we had to do a first look. Next came the planning, which was easy enough. Little did I know at the start just how truly exceptional their first look would be.

The plan was simple – stay close to the Old Arcade in downtown Cleveland and find a nice shady location with a clean backdrop. After all, this summer has been crazy hot and shade is almost mandatory. We considered some of my favorite locations around downtown and finally settled on an area near the new Cleveland Public Library. The plan was as simple as it gets – leave the hotel separately, walk one block, and await the perfect time to meet.

It’s funny how such simple plans can yield such amazing results. As soon as the first look was over, Michael and I knew we had captured something special, like excelsior in a bottle. He kept saying “I can’t wait to see those pictures”. Even in the moment, we knew something amazing was happening. We burned through frames as fast as possible. Most important – Michael and I weren’t doing anything unusual.

The spark, the cause for remembrance, was all Joanna and David. Standing a few feet away, I could feel the anticipation in the air like the tingle before a lightning strike. And then the moment came, and the love was evident, real and honest. Momentarily, love became a tangible thing, to hold and to capture. So today, and little celebration just for a “first look” to remember. Later, the rest of the wedding photos will come. 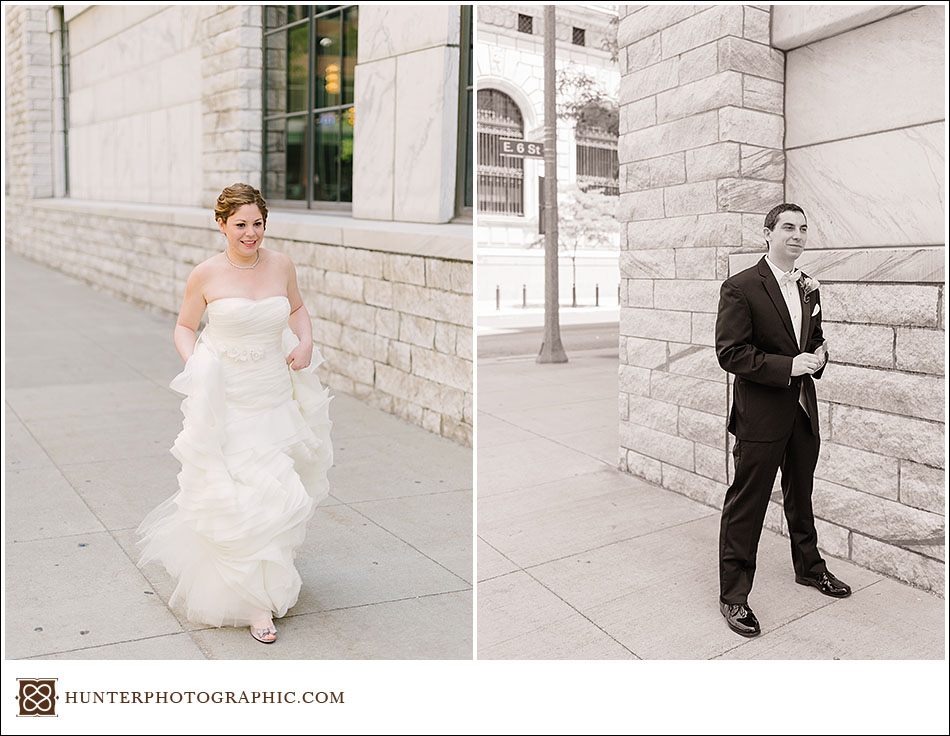 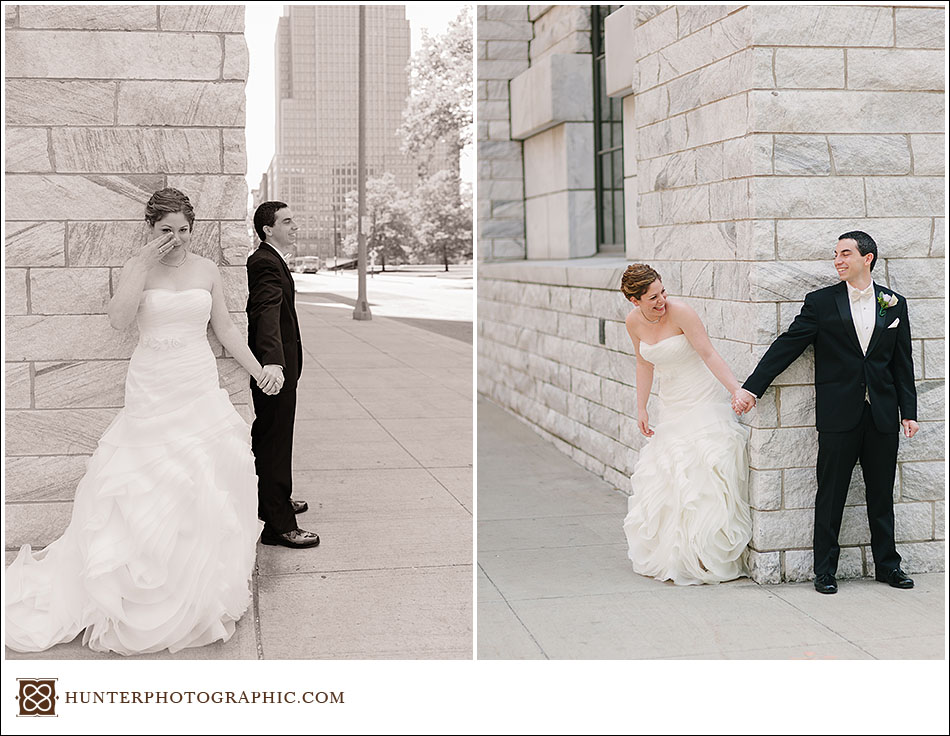 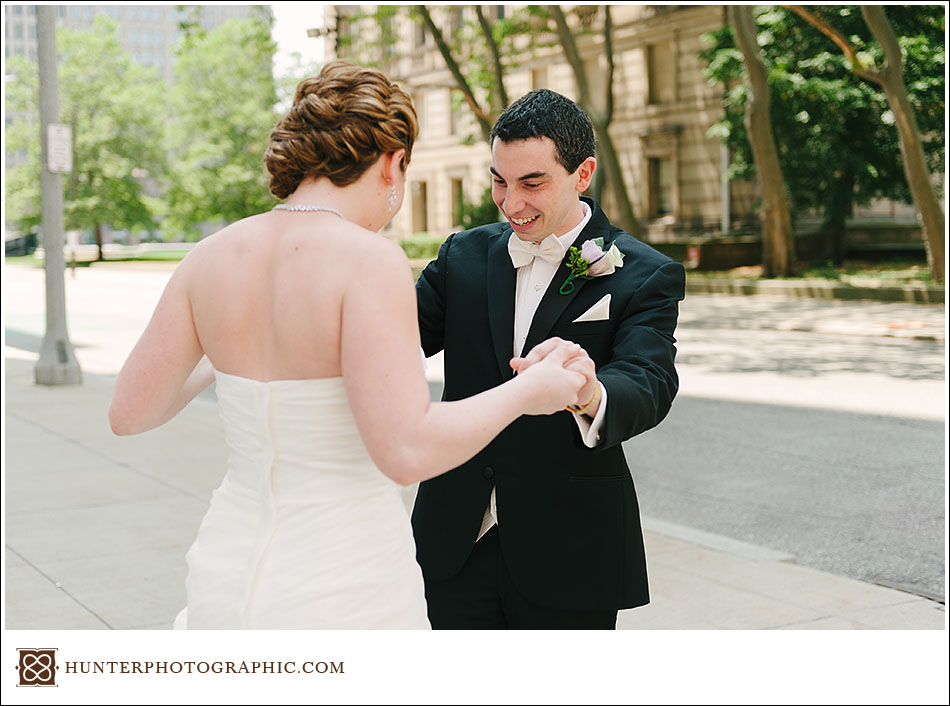 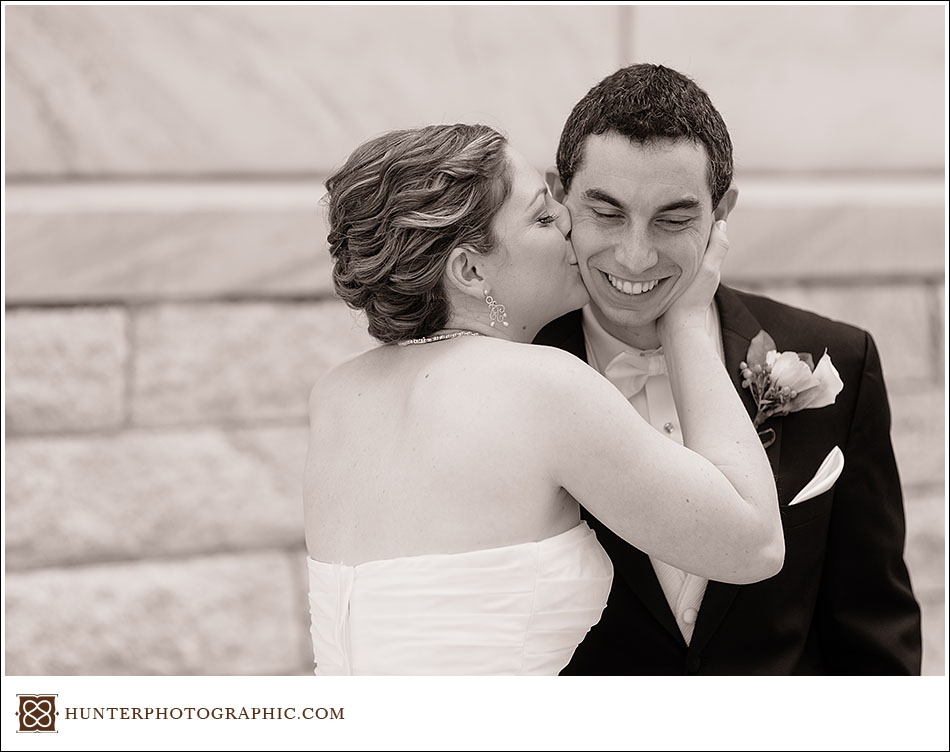 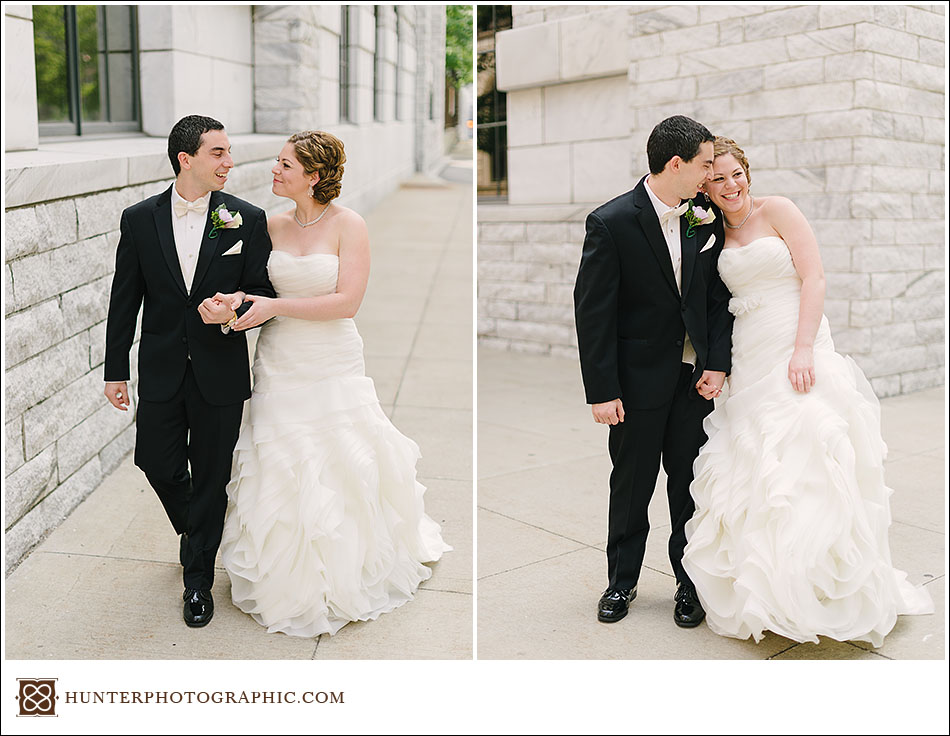 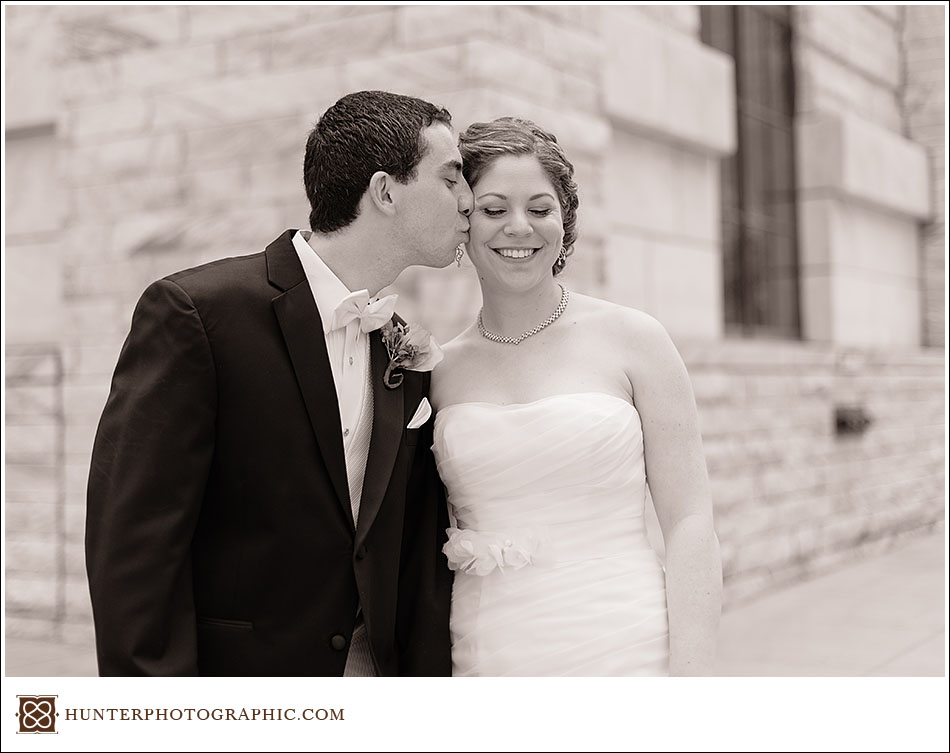 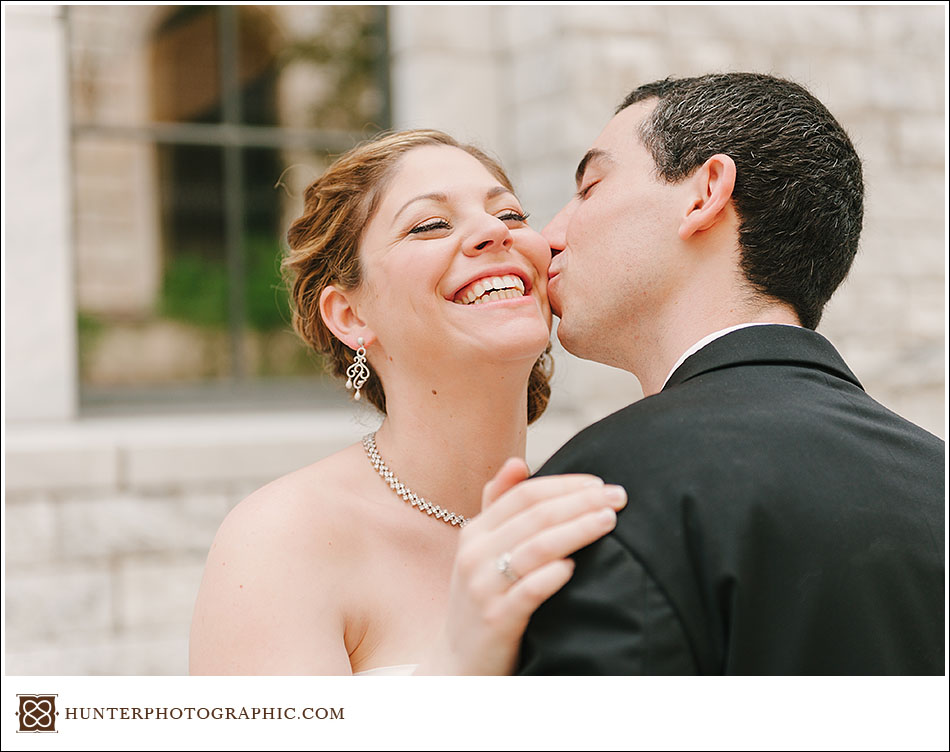 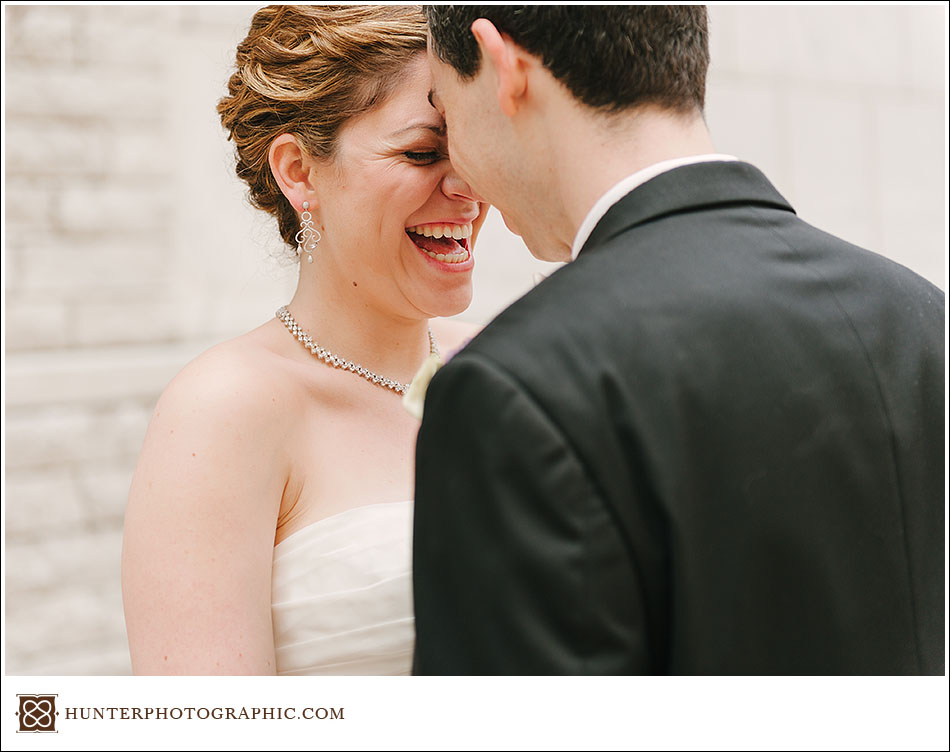 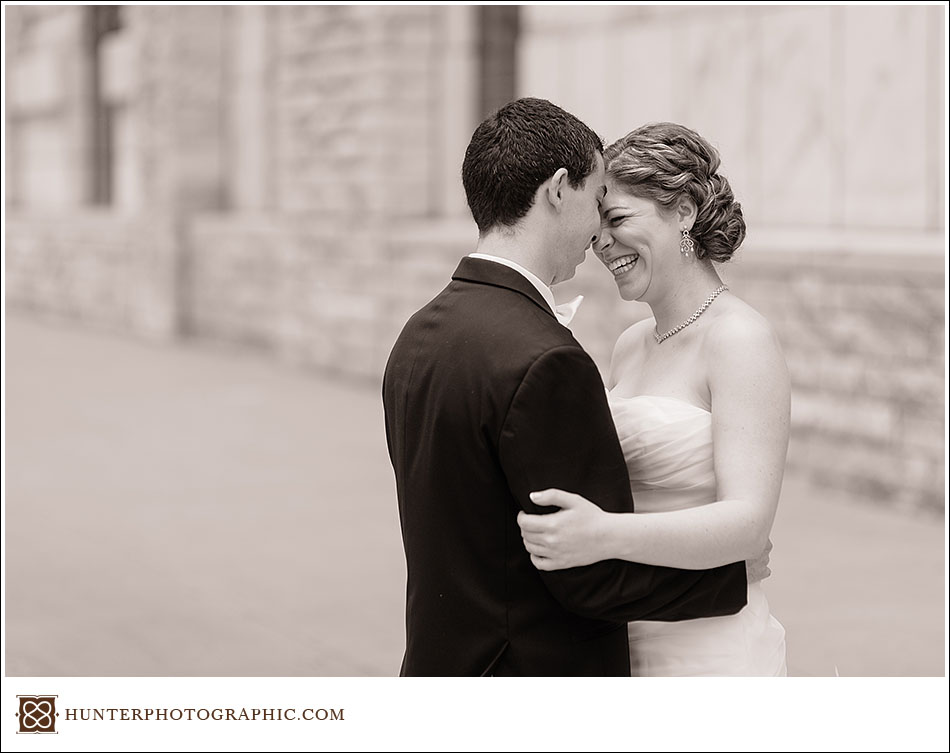 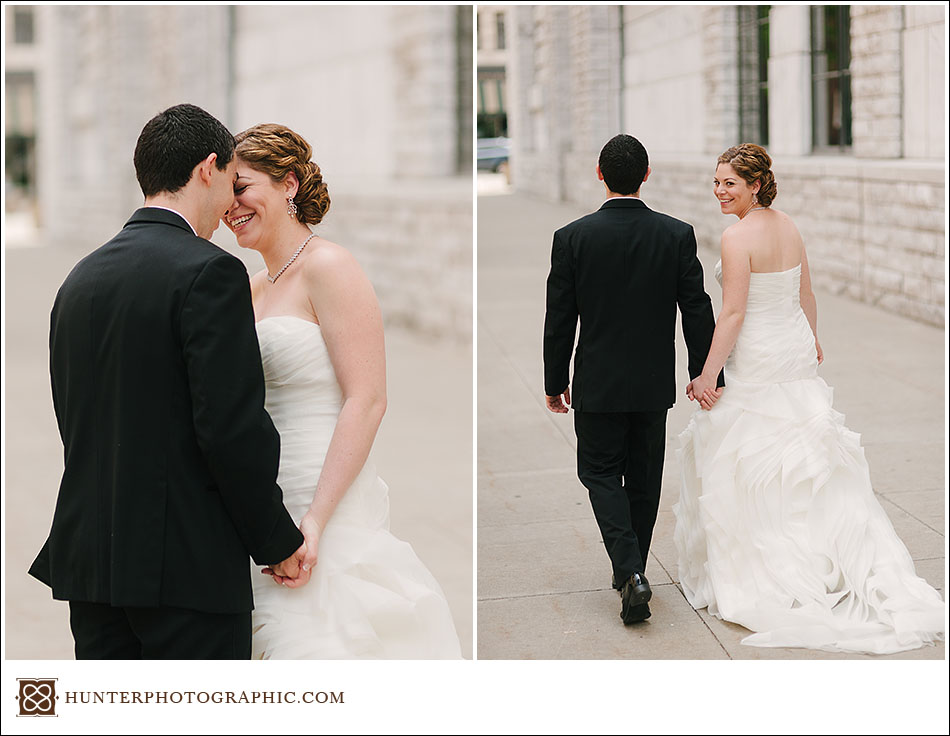 There really isn’t much I can add to the above, other than to say it has been a thrill working with Joanna and David. Their amazing people and I’m proud to call them friends. Stop back on Monday for the full wedding.

Sarah & Mike - A Winter Wonderland Wedding at the Cleveland Renaissance